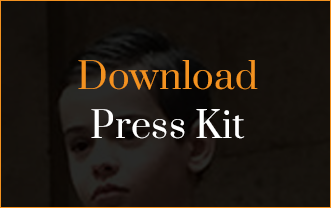 Maximilian Haberstock (2004) is an eighteen-year-old pianist, composer and conductor. He is currently obtaining his musical education at the University of Music and Performing Arts Munich, where his teachers include Prof. Thomas Böckheler (piano) and Prof. Kay Westermann (composition). He is also attending the conducting classes of Prof. Rüdiger Bohn at the Robert Schumann Conservatory Düsseldorf.

Maximilian has been playing piano since the age of six. He has consistently won first prizes in many piano competitions, including "Jugend musiziert" and the Carl Bechstein Competition. As a first prize winner of the German national music competition Bundeswettbewerb 2017, he was invited to perform at the Philharmonic Hall in Munich.

In November 2016, he was chosen by the Lang Lang International Music Foundation as one of the top ten young talents from around the world to participate in a master class with Lang Lang in Warsaw that was broadcast live internationally. In September 2017, Lang Lang and Maximilian performed together, by invitation of Allianz, at the summer event of German President Frank-Walter Steinmeier at Schloss Bellevue in Berlin.

His performance at Carnegie Hall New York in April 2017 was his first on the international stage, followed by a concert tour of Beethoven’s Piano Concerto No. 3 in Hungary in March 2018.

For the last four years Maximilian regularly played in chamber music ensembles together with renowned musicians such as Daniel Müller-Schott, David Fray and Alban Gerhardt, at the Stars & Rising Stars Festival in Munich, where he also had a chance to present his latest compositions.

In Summer 2018, he was accepted as Student-in-Residence in piano at the 25th Verbier Festival, where, besides performing in masterclasses with world-renowned pianists such as Prof. Sergei Babayan and Prof. Michel Béroff, he also gave a solo recital and chamber music performances. In 2019, he was invited back to this prestigious festival as a Junior Conducting Fellow under the mentorship of Maestro Valery Gergiev. Maximilian returned to Verbier in the summer of 2021 as Maestro James Gaffigan’s assistant with the Verbier Festival Junior Orchestra.

Since then Maximilian participated in conducting masterclasses with Prof. Johannes Schlaefli, Maestro Michel Tabachnik as well as Prof. Rüdiger Bohn with orchestras such as Lithuanian State Symphony Orchestra and Leipzig Symphony Orchestra at Gewandhaus.

In December 2019, Maximilian took the stage at Schloss Nymphenburg for the first time as the conductor of his newly founded ensemble the “Arcis Chamber Orchestra”, presenting Haydn’s “Farewell” Symphony and D major Piano Concerto with guest pianists from Moscow. Maximilian conducted his orchestra for the second time on November 1st, 2020 at Utopia Hall in Munich, with soloist Tassilo Probst, this time an all Mozart program: Violin Concerto No. 5 and Symphony No. 29. For their third concert in May 2023 Maximilian and his orchestra will perform with the acclaimed cellist Alban Gerhardt in Munich.

Since 2015, Maximilian has also been studying composition at the University of Music and Performing Arts in Munich under Prof. Kay Westermann. He has won prizes for his compositions and in July 2016 was admitted into the Summer Academy of the Mozarteum in Salzburg. In May 2017, he was the youngest participant ever at the 28th Orchestral Workshop in Halberstadt with his Symphonic Suite Naturgewalten.

In the spring of 2017, Maximilian founded “Young Musicians Live” with his sister Ayla Sophie. YML is a non-profit project in which the siblings are joined by their musician friends to share the joy of classical music by performing for a variety of audiences, including disadvantaged children and the elderly. They are proud to be able to send seventy-five refugee children to school with the money they raised at their last concert.

Maximilian was the youngest speaker at TEDxYouth@München 2019, where he received a standing ovation for his talk “Finding Stories in Classical Music”.

Maximilian is a scholar of the foundation “Young Musicians on World Stages”, created and mentored by Güher & Süher Pekinel, with the financial support of Tüpraş. He is also a recipient of the Carl-Heinz Illies- Grant as well as the Gerd Bucerius-Grant of the Deutsche Stiftung Musikleben.

Tools that enable essential services and functions, including identity verification, service continuity and site security. This option cannot be denied.

Tools that collect anonymous data about website usage and functionality. We use the knowledge to improve our products, services and user experience.